Four upcoming and young sailors from Te Anau have got the opportunity to receive advices on sailing from Sir Russell Coutts. 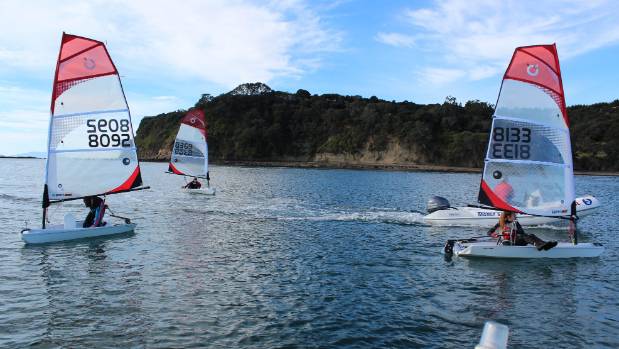 The names of the boys are Twins Josh, Will Hamilton, Zac Pearson and Jack White. These four guys have been selected to participate in the NZ Winter O’pen Cup. The tournament is going to take place in Auckland on Manly Sailing Club in July.

END_OF_DOCUMENT_TOKEN_TO_BE_REPLACED

Only ten days have let out in the beginning of Rolex Sydney Hobart Yacht Race and thus all the participants are busy in giving final touch to their boats as well as to game.

END_OF_DOCUMENT_TOKEN_TO_BE_REPLACED

There is a sailing simulator coming up that will help sailors to get through the freezing winters.

Indeed, traveling the oceans, offers a thrill that attracts millions across continents and cultures. There are so many sailing events and adventures that people embark upon.

These comprise of westward journeys to a new world as well as harrowing quests to reach the poles or to circle the globe. However, sailing the blue expanses of waters is always linked with the thrill of discovery and adventure.

END_OF_DOCUMENT_TOKEN_TO_BE_REPLACED

Lee Parkhill, the Canadian Laser sailor, capped off this season at the site of the Rio Olympics 2016.

The Aquece Rio Olympic Test Event is the ultimate test for sailors expecting to represent their nation on the biggest international sporting stage in 2016. Fresh off his most recent Pan Am Games bronze medal, Lee sailed a spectacular regatta in spite of some setbacks in the list on the last day of qualifying.

END_OF_DOCUMENT_TOKEN_TO_BE_REPLACED

On Sunday, a dismasted yacht in the Channel had quite a bit of luck after on board passengers on a Brittany Ferries ship saw a vessel in distress. The Mont St Michael had been going to Portsmouth from Caen and was three-forth of the way in its journey when a passenger is thought to have alarmed the yacht captain at around 5 pm.

END_OF_DOCUMENT_TOKEN_TO_BE_REPLACED

Finishing the day on a hundred and thirty one foot luxury yacht is only a part of the job for Barbara Stork Landeweer.

As a yacht charters broker, she sells custom-made vacations on private yachts as well as travels the world to see the boats, engage clients, keep up with market trends and meet crews.

END_OF_DOCUMENT_TOKEN_TO_BE_REPLACED

The RORC Transatlantic Inaugural Racing is about to start on November 29 this year, in collaboration with IMA (International Maxi Association).

The race will start CET 1200 from Lanzarote bound for West Indies- which is 2,995 nautical ml across Atlantic Ocean.

END_OF_DOCUMENT_TOKEN_TO_BE_REPLACED

A sailor from Queensland is now hatching a plan to travel around Antarctica solo and non-stop would make the parts of her zero carbon emission vessel for the world record try-out out of recycled bottles and nut shells. 29 year old Lisa Blair would leave Western Australia in 2015’s December in a fifty foot yacht for around 15000 nautical mile journey.
END_OF_DOCUMENT_TOKEN_TO_BE_REPLACED

News for the Hamilton Island racing enthusiasts! The series organization body has recently declared the dates for the famous regatta championship which is about to have its upcoming season next year in 2015.

According to latest reports, the eminent Hamilton Island Audi Racing Week next year would commence from 15th of August. The race, which is believed to be the best one ever in the31 year long history of the regatta, will finalize on 22nd of the month.

END_OF_DOCUMENT_TOKEN_TO_BE_REPLACED

Sunseeker London has forked out several new yachts over twenty four metres. The 1st one is a gold hulled Sunseeker 80 called Alfa Quattro. It boasts a gold hull wrap by the Wild Group International. The yard has also deported Sunseeker 115 Sport Yacht Number Nine that was delivered to Frances south, where she would have her home berth in Golfe Juan.
END_OF_DOCUMENT_TOKEN_TO_BE_REPLACED